Leading Pakistani news daily, Dawn, published an article, the headline of which read, “PAF shoots down two Indian aircraft inside Pakistani airspace; one pilot arrested.” The article was also supported by a picture showing a crashed aircraft. 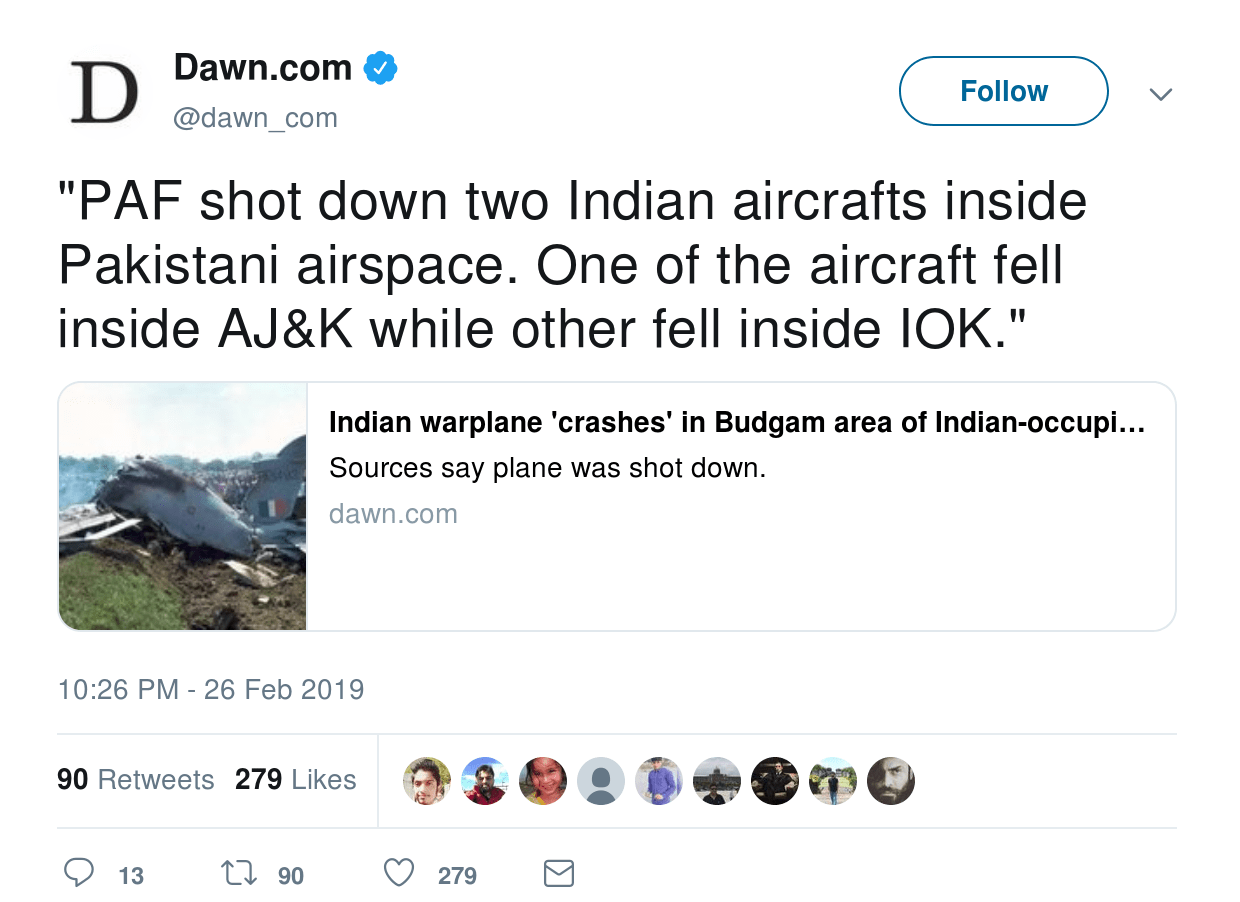 Alt News found that the image which has been used by Pakistani media is an old image which dates back to 2015.

Also read: Jawaharlal Nehru, not Modi, was the first PM to visit Kumbh

A Google search of the image shows that it is of an Indian Air Force fighter trainer aircraft that had crashed in Mayurbhanj district of Odisha in 2015.

Alt News also attached with its article an image of The Hindu article which talked about the same. 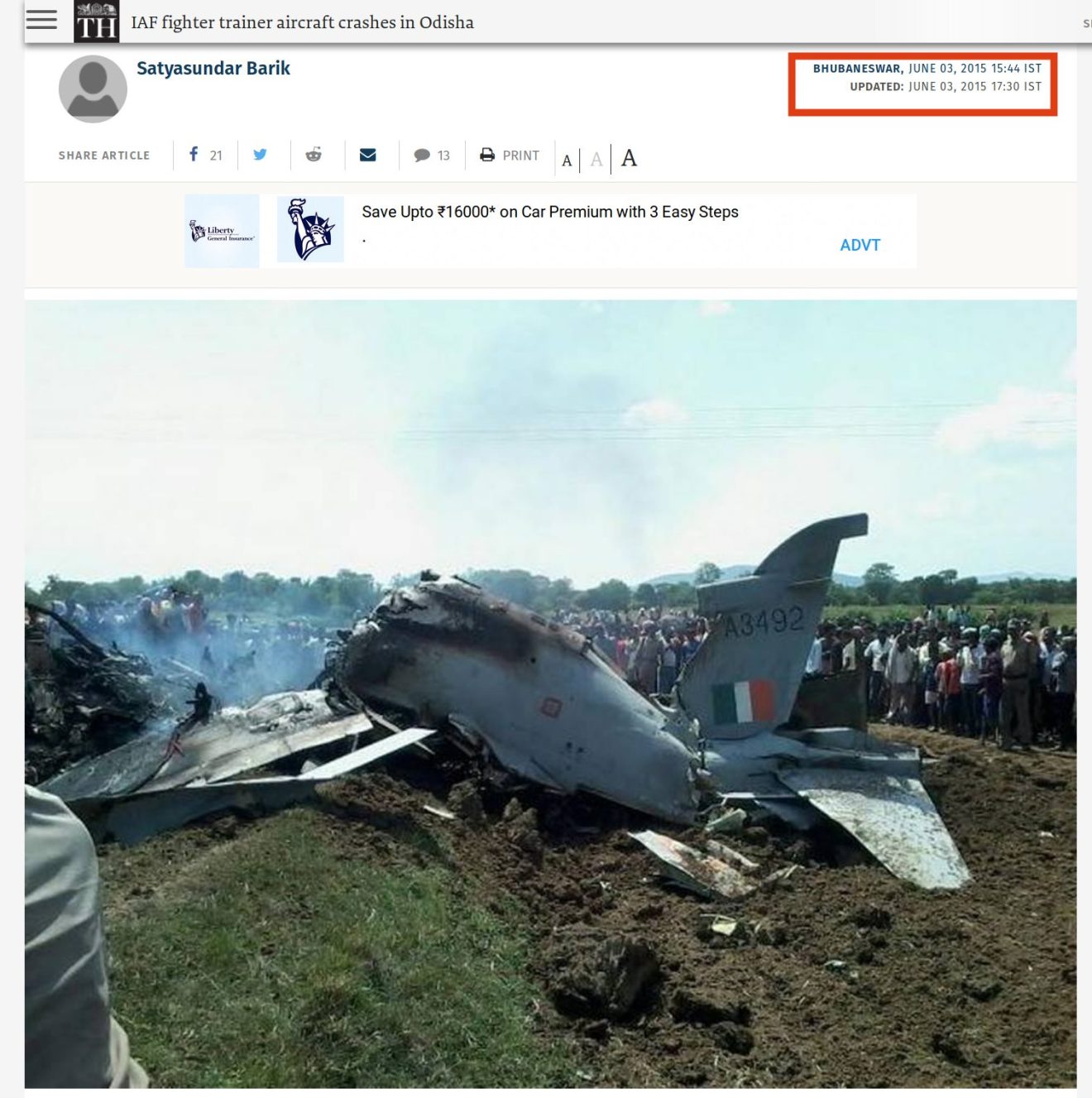 “Since the Hawk A-3492 crashed in a paddy field about 200 metres from human habitation around noon, there were no reports of any civilian casualties or loss of property. The incident took place at Kudarsahi village under the Bisoi police station limit in Mayurbhanj district,” The Hindu article, filed on June 3, 2015, stated.

Clearly, Pakistani media shared an old picture as that of an IAF aircraft shot down by PAF.