While speaking in favour of their decision to revoke Article 370 and withdraw the special status of Jammu and Kashmir, Home Minister Amit Shah on Monday said that there was no development in the state due to the same.

“The government of India sent Rs 2,77,000 crore from 2004 to 2019 for the development of Jammu and Kashmir and its citizens. But there was no development due to corruption. Because of 370, the agencies responsible for checking corruption were not allowed to operate in the state,” he said.

However, this claim by Shah is false and absolutely baseless. In fact, Jammu and Kashmir has managed to stay ahead of many states in terms of development.

Also read: Lies, lies and lies are all that PM Modi has spread about Jawaharlal Nehru

For instance, let’s compare the development that has taken place in Gujarat and that in Jammu and Kashmir.

Similarly, there are other parameters shown in the creative below which prove that Jammu and Kashmir is way ahead of Gujarat in terms of development. 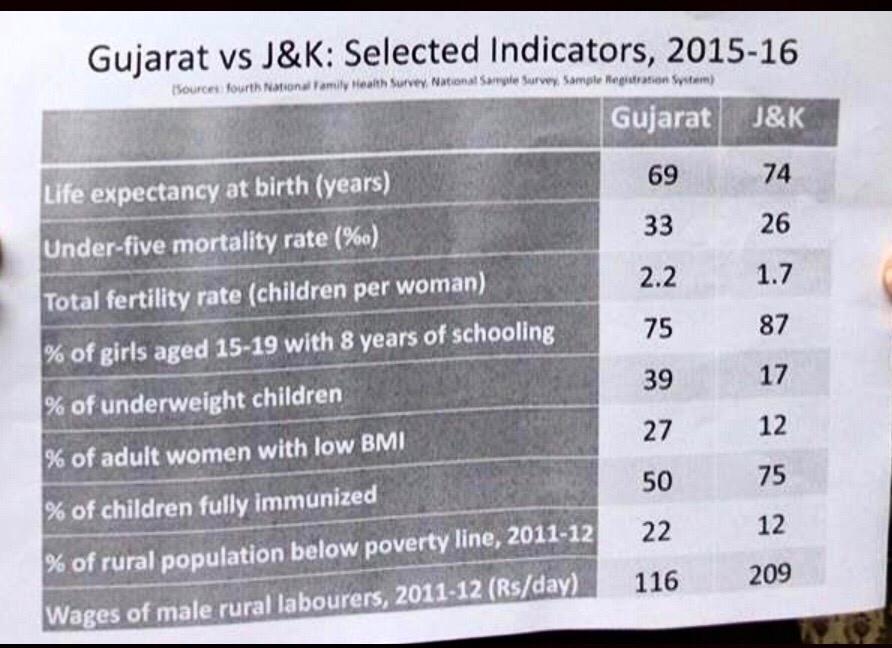