An article with the headline “Rahul Gandhi dumbfounded in Dubai by little girl’s questions” was uploaded on the My Nation portal.

According to the article, a 14-year-old asked two questions to Rahul Gandhi which left the Congress President embarrassed and answerless. According to the article, he first question was on “how Rahul, who speaks against caste and religious discrimination, displays his Hindu-ness by applying ashes on his forehead and going to temples in Gujarat and wears the kufis (traditional cap that Muslims wear) while visiting Kashmir.”

The girl’s second question, according to the My Nation’s article was, “Congress prides itself for having ruled India for several decades. The welfare and development that were not achieved then, will be done now?”

The article had no video to support its claim.

Alt News found that the claim originated from a Tamil website, which had been then picked up by My Nation. 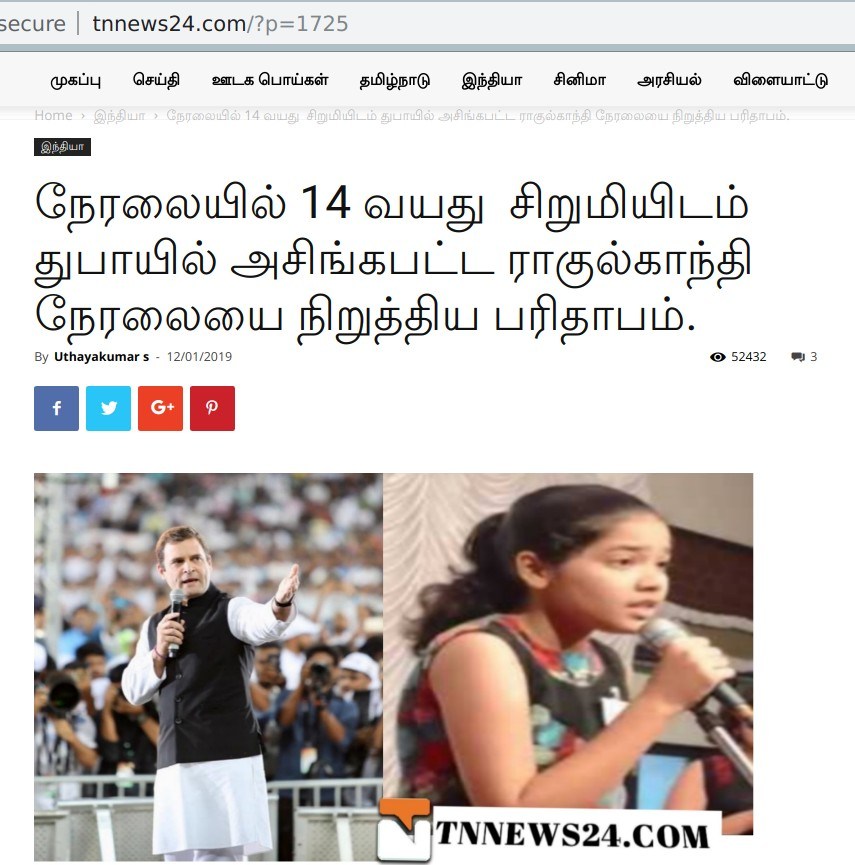 Using the reverse image search, it was found out that the image of the girl used by the Tamil website dates back to 2016 and has been taken from a Youtube video titled “SAVE GIRL CHILD Powerful Speech by SIDDHI BAGWE”. 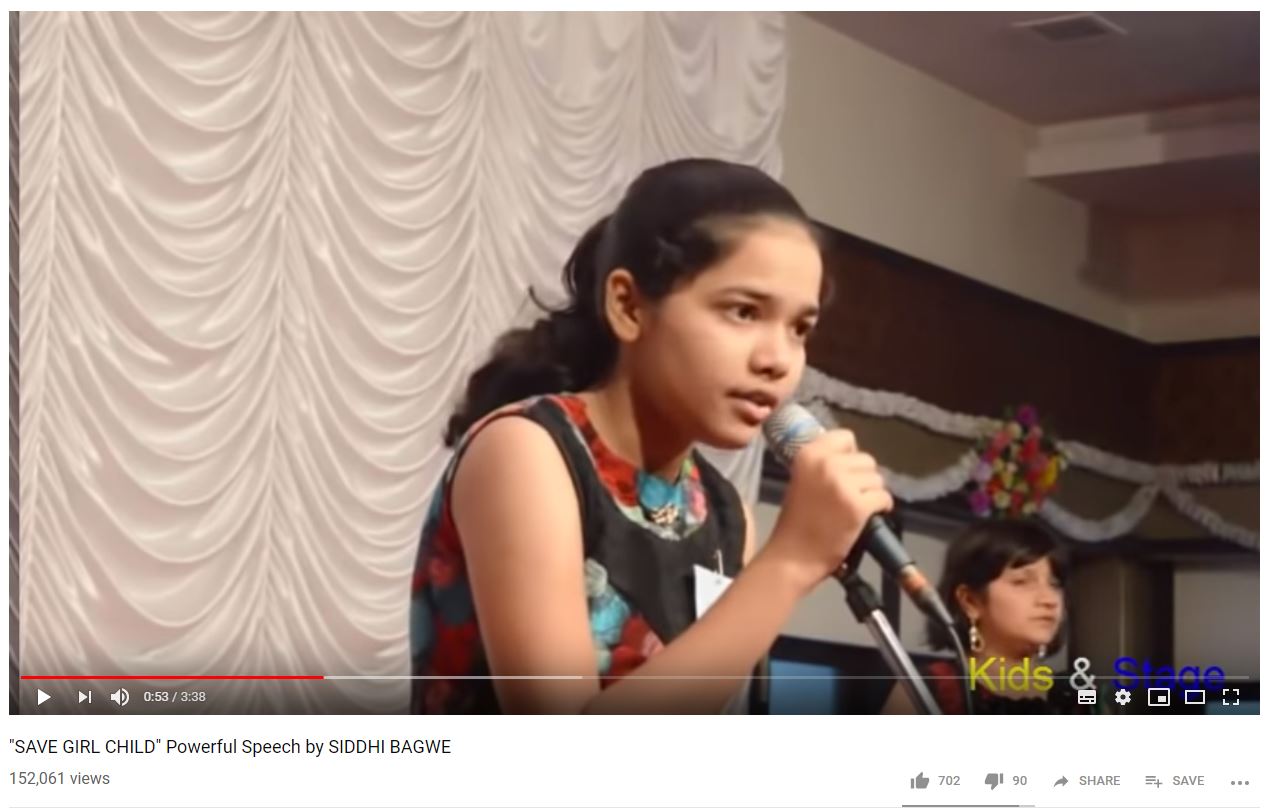 The description of the video mentions that the video was shot St. Joseph’s High School in Vikhroli, Mumbai.

The Congress President addressed one public event at a stadium where he addressed Indian diaspora. In two other events, Gandhi spoke to IMT University students in one and the workers at the Labour camp in the second.

Also read: Sonia Gandhi is NOT the 4th richest politician in the world

During his interaction with Indian diaspora, the Congress Chief took no questions from the audience. The event was broadcast live.

During his interaction with students, Gandhi did take questions from them and addressed them briefly. Again, the event was broadcast live, and no question from 14-year-old can be seen in the session, as claimed by the My Nation article.

Neither did the third event where he interacted with the workers at the Labour camp saw any 14-year-old girl asking him questions.

Congress President @RahulGandhi was greeted with loud cheers & an abundance of love & admiration at his address to the labour community in Dubai.#RahulGandhiInUAEhttps://t.co/U81GFhwKnc

Later, My Nation updated its story and mentioned that the question was asked during a private event where Rahul Gandhi interacted with children. However, on his two-day visit to the UAE, Gandhi has no such interaction. There was no such event organised in those two days.