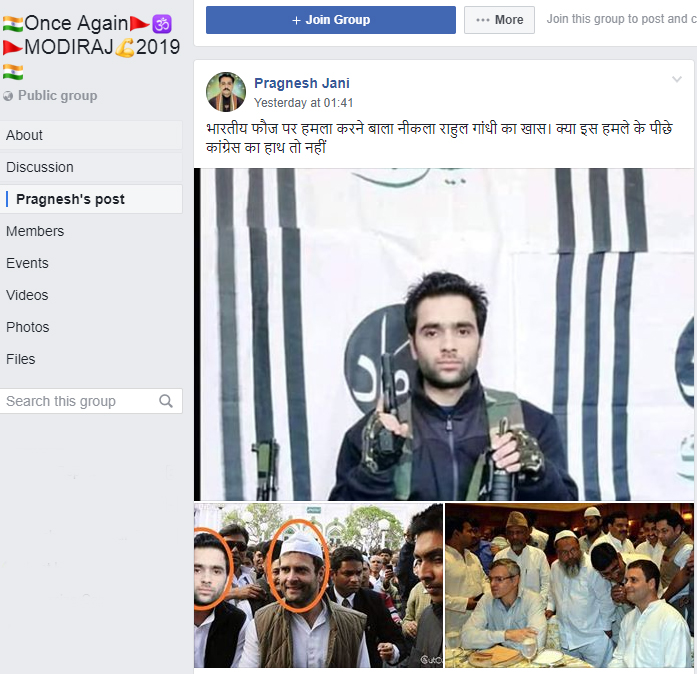 According to Alt News, the post was first shared by one Ridhi Pathania. 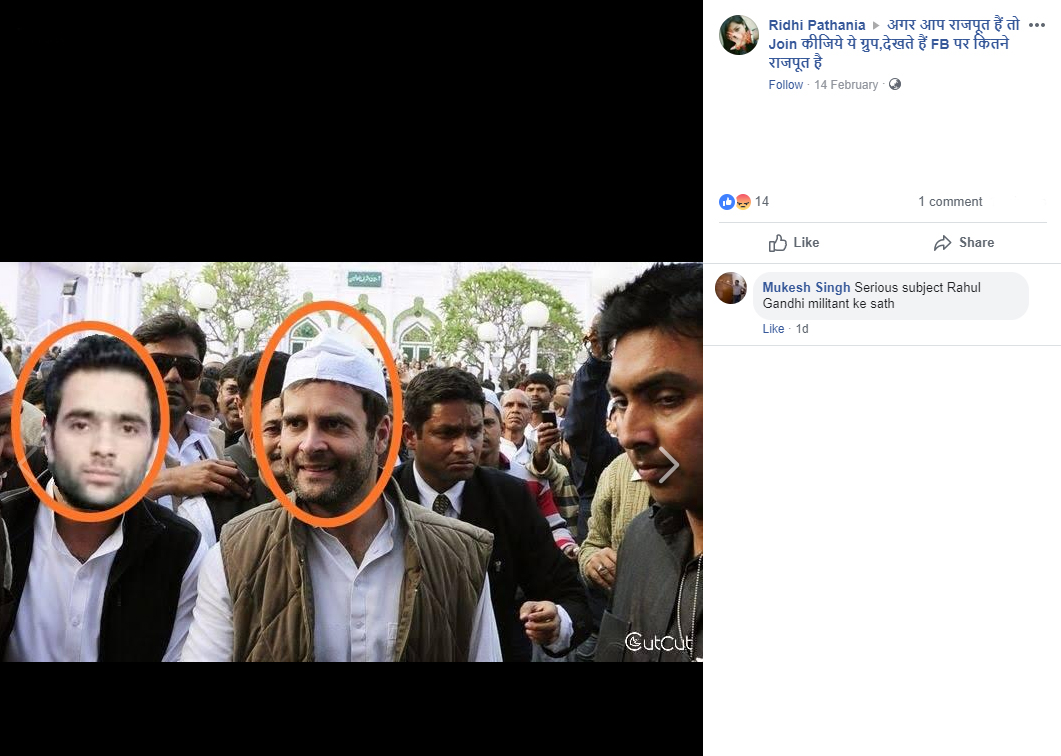 TRUTH: THE PHOTO IS PHOTOSHOPPED

Alt News busted this fake news and proved that the image of Rahul Gandhi with the Pulwama attack suicide bomber is actually photoshopped. 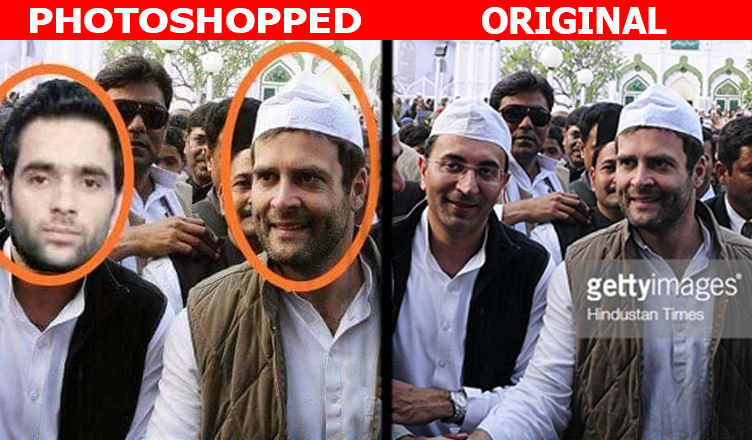 The image was captured on February 28, 2014 in Barabanki, Uttar Pradesh and its caption read, “Congress Vice President Rahul Gandhi after paying obeisance at the dargah of renowned sufi saint Haji Waris Ali Shah on February 28, 2014 in Barabanki, India. Rahul Gandhi formally kicked off his party’s campaign for the upcoming Lok Sabha elections with a road show.”

The person standing next to him is not the Pulwama attack suicide bomber but Jitin Prasada, a former Minister of State (MoS) in the UPA government.

Alt News also dug out an old tweet of the Congress which shows the same Prasada with Rahul Gandhi.

It is clear, that it was an attempt to malign the Congress’ image and suggest that Rahul Gandhi knew the suicide bomber and that the Congress could be a party to this attack.

It’s shameful that at a time when the entire country is mourning and standing united against terrorism, some people out there are still trying to politicise the issue and spew hatred using such a sensitive incident.